Why is Ohio Experiencing So Many Construction Project Delays?

Companies should be sure they are able to save costs and move quickly when they can. With Flashtract, your teams can minimize cash flow problems, communicate better between subs and GCs, and efficiently organize multiple projects. Consider how these common construction delays are affecting projects in Ohio and other areas in the country and the ways you can work around them.

In an industry where cash flow is already tight, rising material costs can cause bottlenecks that delay or completely halt large projects. Overall, construction costs for the 12-month period through the end of August 2021 rose by 4.5 %, with material costs leading the way with a whopping increase of 23.1%. Major projects planned in Ohio faced several delays in 2021, and 77% of Ohio construction firms cited material shortages as the reason for delays.

The perfect storm created by pandemic restrictions, shipping delays, and inflation means that prices rise quickly and with little warning, creating budget inaccuracies for construction companies. When costs outweigh the bid for a large project, it’s impossible for contractors to move forward. For many companies, cloud-based construction technology will help combat rising material costs by automating workflows and delivering data in real-time.

In an industry that never fully recovered from the recession over a decade ago, labor shortages are creating major challenges. 62% of Ohio construction firms revealed that worker shortages were the reason for delays. Labor shortages can lead to overworked contractors, unsafe job conditions, and overbooking by confident companies. Such overbooking can mean that a single delay creates a domino effect across multiple projects, and even jobs that are dropped completely. Navigating the construction labor shortage will likely require a new outlook as well as technology to streamline scheduling.

Failed communication between contractors and subs or the field and office can create conflicts that lead to delays and payment bottlenecks. In construction, sudden changes mean more than swiftly changing gears. Updates require change orders and notifications for all members of the team. Miscommunication leads to mistakes, delays, and late payments.

Large construction projects have many working parts. Poor planning by a single contractor can set off a string of delays that interrupt the schedules of all contractors on the project. When contractors and subs can create a stream of immediate communication across all teams, it’s easier to keep the project moving forward with an alternate plan. Cloud-based construction software that can automate tasks and streamline workflows, helps companies navigate change and keep essential compliance paperwork in place. With tools that send alerts and allow change orders to be approved remotely, scheduling conflicts can be solved quickly so the project can continue to move forward.

Be ready for any twist a project throws at you.

Some construction project delays, like severe weather conditions, are inevitable. However, there are ways to consider the potential for certain delays and find ways to circumvent them before the project begins. By learning the reasons construction delays are most likely to occur and investing in new technology, you can help avoid causing delays and financial consequences for your business.

If you want more advice on how you can avoid unnecessary delays in your projects, at Flashtract we’re happy to help! Just submit your email, and someone will be in touch. 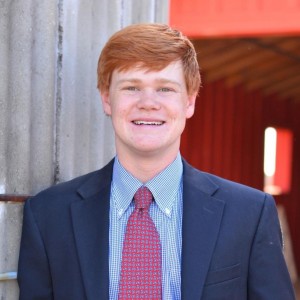 As Head of Sales, Ben is responsible for driving both inbound and outbound sales channels for Flashtract, with a focus on growing the company’s opportunities, enabling sales improvements, and taking responsibility for the department's performance against targets. Ben specializes in forming lasting relationships with customers and partners and coming up with creative solutions to add value to each relationship he builds.

Connect with Flashtract | April & May Events