Be Prepared for Large Construction Projects Coming to Ohio

Residents of Ohio are excited about the development plans for a variety of buildings and commercial establishments that offer much-needed replacements of aging infrastructure and a wealth of job opportunities. This is also good news for construction companies in the area, prepared to take on these major projects. Real estate investors are ready to get things done, and construction workers will have a variety of opportunities to build a reputation and bolster their income with manufacturing, industrial, and warehouse projects all over the state.

Wondering what to expect? Only time will tell, but some projects and plans are already in the works. Here are some of the upcoming projects planned to break ground in the near future in Ohio.

The city’s new City Hall/police station has been long talked about and is will be constructed on Memphis Avenue. It’s a $23 million project that is expected to be completed by the end of 2022. Brooklyn mayor, Katie Gallagher, has high hopes that the project will launch more construction in the city, including the planned build of a new library in the current City Hall space and projects that address the Recreation Center and Civic Center space.

The largest Internet-based retailer in the United States has announced Amazon’s plans to build a new one-million-square-foot fulfillment center in Canton, Ohio. Amazon has invested just over $12 billion in Ohio from 2010 until 2020 while creating more than 41,000 jobs in the state. This project is expected to bring 1,000 jobs to the area.

I-75 Corporate Park in Troy, Ohio

Plans call for the construction of more than 1.5 million square feet of building space for a wide range of uses including industrial, office, medical, tech, and service-oriented businesses with potential for senior living and hotels. The project has an estimated value of $100 million, and is currently in the planning phase.

The Grove City Planning Commission on Dec. 8 approved a preliminary development plan for a circular-economy industrial park that would be created on 362 acres mostly on the north side of London Groveport Road (state Route 665). Plans call for the construction of a 352-acre mixed-use employment center with industrial and office space on land owned by the Solid Waste Authority of Central Ohio or SWACO. The project has an estimated value ranging between $25 million – $100 million.

This project is set to replace the existing facility with a building that is twice as big as the current building. With hopes to expand their employee base and meet growing demand, the project is estimated to be in the $3 million to $5 million range. Plans call for the construction of a 57,000 square foot warehouse, with hopes for completion in May 2022.

Be ready for the big projects when they come.

With this latest wave of development coming to Ohio, it’s critical for you as a construction business to be ready to tackle new projects. By taking steps to stand out from the competition and show your professionalism, your company has the potential to win bids on a variety of new and exciting projects. Put your best foot forward with Flashtract’s construction billing software. 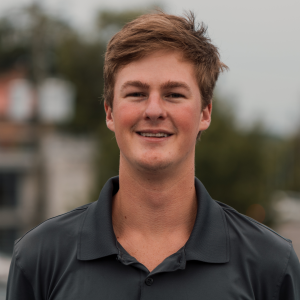